I am Corrie Jolly, a media management intern for SCETV’s Between the Waters project, graduating from Columbia College this spring with a Bachelor’s degree in Leadership and Professional Communication and a minor in writing. I am excited to contribute to the Between the Waters blog in order to help tell the story of the Baruchs, an affluent and influential family that is often overlooked despite their considerable contributions to their home state of South Carolina. In particular, Bernard Baruch achieved worldwide recognition as a Wall Street financier and “Park Bench Statesman”. While he never ran for public office, Bernard Baruch served as a presidential advisor to presidents from Woodrow Wilson to Harry Truman and was the first U.S. representative to the United Nations Atomic Energy Commission under President Harry Truman.

The story of Bernard’s eldest daughter, Belle, is not as well known. At a staggering 6’2”, Belle Baruch was a powerful woman with an athletic talent unmatched in early 1900s South Carolina. Deemed the “Southern Diana” by the Georgetown Times, Belle was an exceptional hunter and equestrian, winning competitions around the world with her beloved horse, Toto. Upon graduating from high school, Belle’s classmates recounted her preference for equestrianism over academics with a stanza in the graduation yearbook:

There is a young lady named Belle

Who can ride a fine horse very well;

If studies were horses

She’d lead in all courses

This much-liked maiden, our Belle!

Belle’s time at Hobcaw Barony was usually spent riding horseback, sailing, and hunting. She much preferred the marshlands, teeming with wildlife, to her parents’ formal dinner parties. In fact, many of Belle’s preferences defied cultural expectations for women at the time. In addition to her exceptional athleticism, Belle was a suffragist and a lesbian, much to her namesake grandmother’s dismay. Belle’s grandmother, Isabelle Baruch, was opposed to woman’s suffrage and preached of women’s subservience to men, stating in a New York Times article that, “Men have always guided and protected us” (Undated clipping in scrapbook, BWB papers). While Belle’s mother was more supportive of her daughter’s activism, she refused to acknowledge her sexuality, dismissing some of the most important romantic relationships in her life as mere friendships.

Her mother’s disapproval of her love life undoubtedly left her heartbroken, but Belle Baruch did not let this deter her from living a full and rewarding life. After inheriting $1 million on her 21st birthday, Belle seized the opportunity to experience the world. Belle left for Paris in 1926, and she later travelled with Edith Wilson, Woodrow Wilson’s widow, across Europe. During one of her hunting excursions in Europe, Belle met Paul Larregain, a renowned horse breeder and trainer. Larregain recognized Belle’s talent as a rider almost immediately, and they began to train for show jumping competitions. By 1928, Belle was ready and eager to compete in international competitions. However, in order to compete, Belle needed a license, which the United States embassy refused to issue to a woman. Furious, Belle was forced to obtain a man’s license from the French government. Despite her frustration with the U.S. embassy, Belle represented the United States in all of her competitions, earning an impressive reputation for herself and her country in a sport usually dominated by European men. 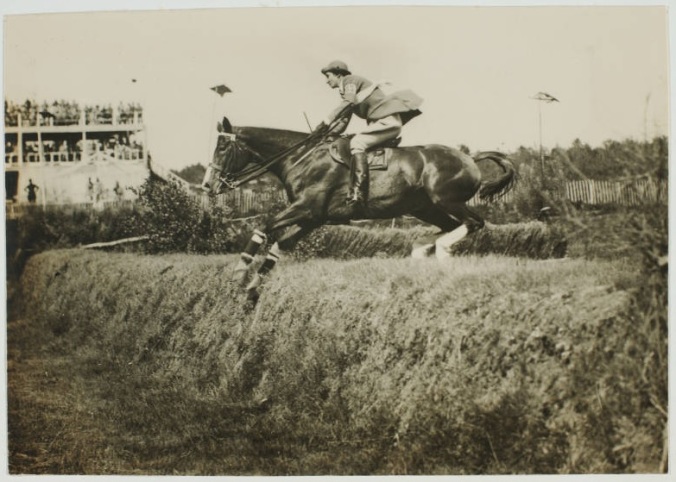 In 1935, Belle became interested in the future of Hobcaw Barony, particularly with the construction of U.S. Highway 17 underway. The completion of the Lafayette Bridge in July of 1935 crossing Winyah Bay created an accessible gateway into Belle’s beloved home. No longer would tourists have to brave the treacherous waters of the bay to gain access to the idyllic barony. A conservationist well before her time, Belle realized the fate that awaited Hobcaw Barony if she did not take action. Belle had asked her father many times for a share of Hobcaw to no avail. Finally, in December of 1935, Bernard Baruch agreed to sell her Hobcaw Barony under the condition that Belle become the manager. Belle’s parents were concerned for their eldest daughter, a young woman of Jewish descent living in Europe on the Eve of World War II. Appointing Belle as the manager of Hobcaw was Bernard Baruch’s best effort at convincing his daughter to return the United States, and it was certainly effective. In 1936, Belle left Europe and commissioned the construction of her new home in Hobcaw from her New York City apartment. 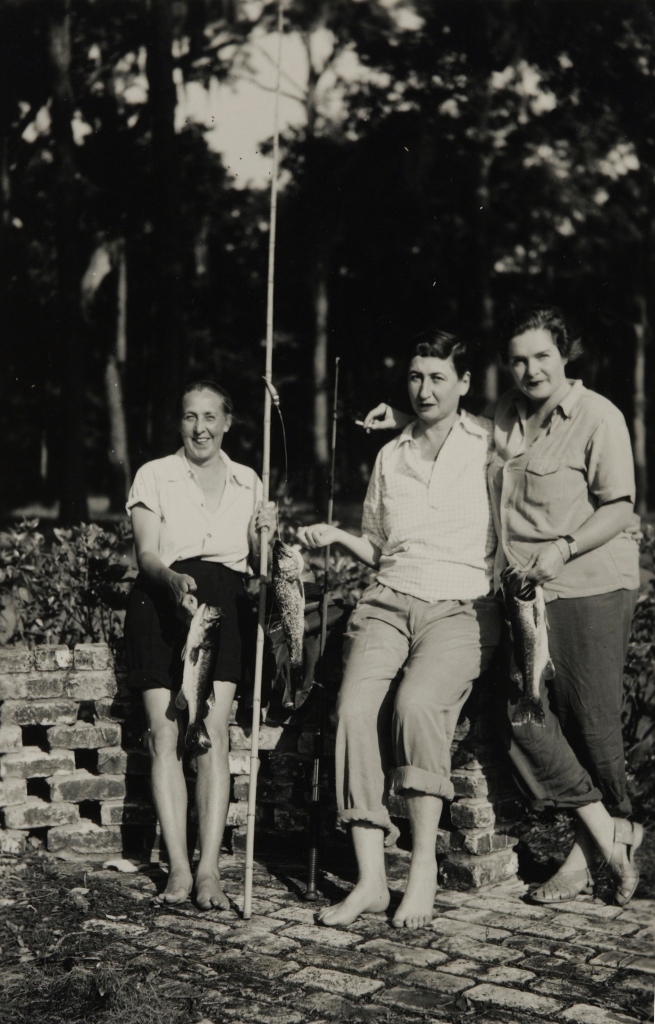 Belle’s years as manager of Hobcaw Barony were spent hunting, fishing, and exploring the vast property- much like the days of her youth. Even after her death to cancer in 1964, Belle’s devotion to Hobcaw Barony was immortalized through the Belle W. Baruch Foundation, established in her will. Thanks to Belle’s keen sense of conservation, Bellefield and Hobcaw Barony remain undeveloped to this day.
Clemson University and the University of South Carolina  both have close partnerships with The Belle W. Baruch foundation, ensuring that South Carolina scholars have access to the ecosystems of Hobcaw Barony for scientific research. The North Inlet estuary at Hobcaw Barony was named a National Estuarine Research Reserve by the National Oceanic and Atmospheric Administration and a long-term ecological research site by the National Oceanic and Atmospheric Administration.  Thanks to the foresight and generosity of Belle Baruch, the beauty and historical significance of Hobcaw Baronyare accessible to future generations of Americans.