Native Americans have often been portrayed in the nation’s popular historic narrative as inferior and uncivilized. We have all heard the Thanksgiving pilgrims’ tale of the benevolent “savage,” and seen Hollywood’s iconic Westerns, which pit the heroic white cowboy (sometimes accompanied by his faithful Indian sidekick) against the antagonistic plains Indians, often in a quest to save the captive damsel – a symbol of white purity and innocence. Recent academic scholarship has shifted in an effort to uncover a more complete Native American history, revealing a pattern of loss, resiliency, and survival. Yet stereotypes and misconceptions about Native Americans persist. 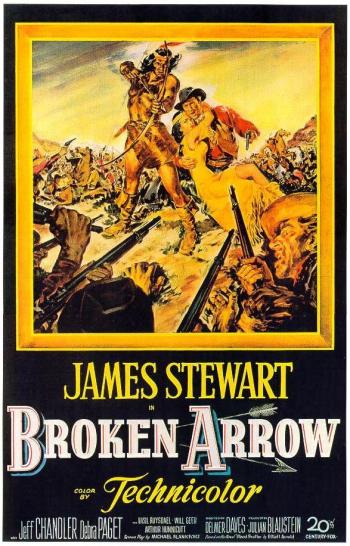 But why has this history been largely overlooked and ignored? That’s a question that affects local Waccamaw Indian People – whose current tribal grounds are in Aynor, South Carolina, about an hour northwest of Hobcaw – every day. The easiest answer to this complex issue is the major lack of historical source material;  and Cheryl Sievers, Second Chief Judicial of the Waccamaw Indian People, explores this unique problem in the clip below.

Cheryl Sievers from Between the Waters on Vimeo.

The Waccamaw tribal land was purchased in 1813 by Native Americans John and Elizabeth Dimery, and by the mid-eighteenth century the Dimery settlement had grown to include four families: Dimery, Cook, Hatcher, and Turner. The Horry County Census of 1820 identified native people, including John and Elizabeth Dimery, as “free persons of color.” Cultural identity has been a recurring and complex issue since Colonial America. Before 1870 the federal census did not use “Indian” as a category for non-reservation Indians, often identifying Native Americans instead as “white,” “mulatto,” “black,” or “freed person of color,” as can be seen with the Dimery settlement. This has not only made it more difficult to interpret historical materials, but it has also reinforced the concept of Native Americans as outsiders in regard to their racial and cultural identity. Native Americans may have shared experiences with enslaved Africans, and later, African Americans, but they were still ostracized for their race and viewed as outsiders by both blacks and whites. Buster Hatcher, First Chief of the Waccamaw Indian People explains how this issue affected his own family in the clip below.

Chief Buster Hatcher, Waccamaw Indian People from Between the Waters on Vimeo.

Why is it important to tell the complete Native American story within the popular historic narrative? This narrative affects more than just grade school classrooms. Aside from uncovering important historical facts that have largely been overlooked, this information can dispel lasting misconceptions. As we’ve seen with Cheryl Sievers and Buster Hatcher, this narrative affects the everyday lives of modern Native Americans; it also affects how society chooses to remember their history, and it reflects how these individuals are treated within American society.

As a complete Native American history is omitted from the popular historical narrative, small issues can unknowingly carry heavy historical significance. One example is the term “chief,” which is often used as a casual term of reference to Native Americans. In an interview with Phil White, Second Chief External of the Waccamaw, he revealed a darker history associated with the term. White explained that when Native Americans were being herded into reservations, American soldiers purposefully disrespected tribal chiefs by abusing their title in an effort to undermine their authority. Soldiers forced tribal chiefs to the back of the food line and refused to address them by their proper title, but every other individual in the line was referred to as chief. Thus, the term “chief” lost its political significance as it was transformed into a common term of reference for Native Americans. These issues also extend into government policies and political interactions. Buster Hatcher describes a personal experience with the South Carolina government in the clip below.

Chief Harold D. Hatcher from Between the Waters on Vimeo.

While many issues have been remedied today, there is still a long way to go. For example, the federal Indian Arts and Crafts Act of 1990 (P.L. 101-644) mandates that Native American artists be certified or licensed, and lack of proper accreditation can result in up to five years in prison and/or a fine of up to $1,000,000. Though this law has good intentions, it also has the unintended consequence of discriminating against Native Americans whose tribal affiliation is not officially recognized. Modern Native Americans are the only cultural group that have to prove that they’re Native American; Germans can make a German stein, and Gullah people can make a sweetgrass basket without having to prove their cultural identity.

It is important to realize how history, or the lack of, affects how individuals within our society perceive the experiences of other people and other cultures. The popular American narrative tells a story of survival, rebellion, and triumph. By including a more complete Native American story, we are not taking away from this popular triumphal narrative, but enriching it. Phil White, Second Chief External of the Waccamaw People,  stated, “You have heard all the pilgrim stories and soldier stories. That’s His-story. Now let me tell you My story.”